Truly independent, not bound to ONE brand or any price.

History of Bike Attack®:
Bike Attack® served the US soldiers, their families, US embassy members and the allied forces with outstanding service and received several awards from the US embassy. When the US Army left Germany in 1995, Bike Attack was converted into a bicycle retail store for the German public and quickly became famous as the exclusive distributor for Merlin and Bontrager.

In 2005 Bike Attack moved their location to Santa Monica and established quickly a good relationship with the community.
Bike Attack became a Germany distributor for Foes Racing, Hanebrink and Astrix and focused mainly on extreme downhill racing.

The location on Main Street in Santa Monica immediately received a great response from the neighborhood due to its friendly customer service, great selection of brands and professional, dependable service and the most innovative gear in the industry. Soon the location was moved to 2904 Main Street in Santa Monica to focus on the new innovative trend: electric bicycles.

Bike Attack Playa Vista has been voted "Best Bike Shop" by several LA magazines and was awarded America's best Bike Shop in 2016, 2018 and 2019.

Bike Attack® also has it's own Road Cycling Team and does weekly bike rides and offers regular road rides and training classes for all ages, road and mountain.

Bike Attack’s success is strictly based on the love for cycling.

Bike Attack® is a member of: 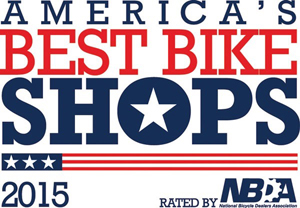 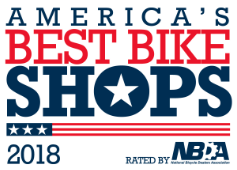 Bike Attack® is a member of: